TEHRAN, Dec. 13 – National Iranian Gas Company (NIGC) and Russian Gazprom Neft on Tuesday signed a Memorandum of Understanding (MoU) for cooperation. Managing Director of the NIGC Hamid-Reza Araqi and Deputy Managing Director of Gazprom Alexander Medvedov signed the deal in the presence of Iran's Minister of Communications Mahmoud Vaezi and Russian Minister of Energy Alexander Novak. In January 2016, a 30-member delegation from Russian Gazprom visited Iran and held the first meeting with the NIGC. The two sides decided to form five working group with regards to the extent of the working fields. The working groups corresponded and held talks on trade of gas, R&D, production and implementation of the joint projects and gas application. In the meeting, the projects of investment in Iran were outlined and it was announced that Iran is ready to absorb more than 62 billion dollars investment in the NIGC projects in the coming years. With lapse of almost one year since the first working session, the two sides signed the MoU based on outcome of their expert sessions.

TEHRAN, Dec. 07 (NIOC) –The National Iranian Oil Company (NIOC) and Royal Dutch Shell have signed a memorandum of understanding (MoU) to conduct studies on Azadegan, Yadavaran and Kish oilfields in Iran. Noureddin Shahnazizadeh, managing director of the Petroleum Engineering and Development Company (PEDEC) from NIOC and Hans Nijkamp from Shell inked the deal in the presence of NIOC Managing Director Ali Kardor on Wednesday. Based on the cooperation document, Shell will assess development projects of the fields.

TEHRAN, Nov. 19 -- Germany's Linde Group has officially opened its office in Tehran on October 3, the reports said. According to the reports released on Saturday, the Linde Group has officially inaugurated its office in Tehran in a ceremony held in October 3 with the presence of visiting German Economy Minister Sigmar Gabriel. Iran-based Kian Petrochemical Company on August signed a front end engineering design (Feed) deal with Germany's Linde Group for the construction of an olefin, butadiene, hydrodealkylation and benzene unit. The project will be completed in 12 months at a cost of €34.940 million ($39.17 million) in financial credit. The Linde Group, registered as Linde AG (FWB: LIN), is a multinational industrial gases and engineering company founded in Germany in 1879. It is the world's largest industrial gas company by market share as well as revenue. Linde shares are traded on all the German stock exchanges and also in Zürich, and the Linde share price is included in the DAX 30 index. The group is headquartered in Munich, Bavaria, Germany. The Linde Group has over 600 affiliated companies in more than 100 countries, with customers in the industrial, retail, trade, science, research and public sectors.

TEHRAN, Nov 08.2016 – National Iranian Oil Company (NIOC) signed a $4.8 billion heads of agreement (HOA) deal with French Total, China National Petroleum Corp. and Iranian Petropars company on Tuesday for development of the phase 11 of South Pars joint gas field. Minister of Petroleum Bijan Zanganeh was present in the signing ceremony. Once the project is implemented, 56 million cubic meters will be added to Iran's gas extraction capacity from the field which is shared with Qatar. Under the agreement, the contractor will finance the project, thus luring billions of dollars of investment for the country. Development of phase 11 of South Pars gas field the within framework of the new model of oil contracts underlines high share of Iranian companies in various divisions of operations. Iran has pitched some 50 upstream oil and gas projects under the newly revised framework of its oil contracts that is hoped to sweeten the previous not-anymore-popular buyback deals.

Iran's national oil company said Monday that it has offered 50 oil and gas fields to international bidders, the first time it has done so since last year's landmark nuclear deal with world powers. Also Monday, the country's deputy oil minister welcomed a preliminary agreement by OPEC nations to limit output to between 32.5 million and 33 million barrels per day. The deal by the Organization of Petroleum Exporting Countries was reached in late September, with the aim reducing a global glut that has depressed oil prices for over two years. The deputy minister, Amir Hossein Zamaninia, told reporters in Tehran that the agreement was "small step, but in the right direction.'' Iran has been trying to restore its oil industry since emerging from international sanctions over its nuclear program earlier this year. The country, with an oil output of 3.85 million barrels per day, initially said it would only consider a ceiling after it reaches 4 million barrels per day, its pre-sanctions level. Meanwhile, Iran's Oil Ministry announced Sunday it will invite foreign companies to bid for oil and gas projects for the first time. On Monday, the ministry released details, saying this would include 29 oil fields and 21 gas fields. The ministry has said foreign companies should submit their applications by Nov. 19, and that successful companies would be announced on Dec. 7. Iran had previously said that priority for exploration and production for foreign companies would be given to neighboring countries with which it shares border fields. The country has 28 joint offshore and onshore gas and oil fields with those countries. Iran hopes to attract more than $150 billion foreign investment in its oil, gas and petrochemical industry by 2020. It has already upgraded its model for oil contracts, allowing for a potential full recovery of costs over almost two decades. Earlier this month, Iran signed the first such contract with a local oil company.

Terms of Running NIOC Tender Bids Soon to Be Announced

TEHRAN, Oct 10 ,2016– Deputy Head of National Iranian Oil Company (NIOC) for Hydrocarbon Source Projects Karim Zobeidi says terms and conditions of running new oil tenders will be announced soon. Zobeidi said regarding importance of safeguarding national interests in the new model of oil contracts, the framework for evaluation of qualification of companies volunteering to run international bids has been drawn up and it will be announced in an international notice. He said the NIOC will soon start pre-qualification of the bidders of tenders for oil industry development projects. He added that such an evaluation will be made in the level of international companies. Concluding his remarks, Zobeidi said the companies will be evaluated on the basis of potential and number of projects they have implemented inside and outside the country.

TEHRAN, Oct 09 ,2016- Iran's National Petrochemical Company (NPC) and the Anglo-Dutch energy giant Royal Dutch Shell signed a letter of intent (LOI) for starting studies to carry out petrochemical projects in Iran. A ceremony was held here in Tehran at NPC's locality for signing the document which is marked as the first firm step taken by the two sides since removal of the US-led sanctions on Tehran's nuclear program. From NPC, Managing Director of the company Marziyeh Shahdaei and from Shell Hans Nijkamp, Shell Vice President Iran, signed the deal at the 13th floor of the NPC building on Sunday. "We have formulated an aggressive and ambitious but realistic development program part of which is currently under way. Our mission is to increase exhibiting capacity from over 60 million tons per year in 2016 to 100 million tons in 2020 and then to about 160 mt in 2025," said NPC Chief Shahdaei during the ceremony. "We have been in discussion with the NPC for some time to come to this Letter of Intent signing ceremony," Nijkamp told Shana prior to signing the document.

TEHRAN, Oct 10,2016 -- A senior official with the Anglo-Dutch Royal Dutch Shell says his company has had intense talks with the National Petrochemical Company (NPC) for restoring its presence in Iran's energy projects. Speaking to Shana prior to signing a letter of intent (LoI) in Tehran on Sunday, Hans Nijkamp, Shell Vice President Iran, said "We have been in discussion with the NPC for some time to come to this Letter of Intent signing ceremony." He said it is really a document that is a result of very preliminary discussions the two companies have had about projects they could do together. "We think we can work together with the NPC very well to deliver petrochemical projects in the country here. Shell is a company with a lot of experience in both advanced technologies, and project management skills and we are concentrated on local content when we do our work." He said gas-based cracker, diesel, and gas to liquids are some of the areas among many other things Shell can do in Iran. "This LOI gives us the framework to have proper discussions with the NPC to have these detailed discussions on the confidentiality provisions and then decide what we will do together." He said more time is needed for signing an agreement with the NPC. "An agreement always takes as long as it takes. So it is difficult to put an exact time on it. I think we first need to see what are the areas where we think we can work together and then work out what commercial structures we use, what technical solutions and ultimately you will indeed end up with a sort of a joint venture agreement. But it is too early today to put any timeline on that". He said, "We are very pleased that Iran is coming back to be a part of the global community. But it is still a fragile situation, however." He said there are still issues with banking that need to be resolved, and money transfer is very difficult. "The fact that I am here today means that we do see a very positive future for Iran and also for Shell in Iran." Nijkamp also said this is just the first step and there will be others as well and that they are also discussing with NIOC for an MoU there. Also speaking during the ceremony, he said: "The document is a restart of what was quite a successful cooperation in the past which was unfortunately briefly interrupted by external events, but we are very pleased to be back here. Shell and the NPC have come together to carry out high level enhancements on the various quite substantial business opportunities that are there for both of us to work together, including GTL". He said what is really important about the petrochemical sector is its ability for significant job generation. Much more so than just upstream oil and gas can do. Multiply factor of a typical project with its derivative industries is about 160. So this really generates jobs for Iranians. The Shell official also said his company also has a lot of license technology and can bring capital for investment and also quite deep project management skills in terms of how to get big and complicated and integrated projects done. "We are not coming to Iran to stay for a while and carry out a number of projects and leave. If we want to do major projects it is going to take a long-term presence in Iran".

TEHRAN, Oct 10,2016 -- National Iranian Gas Company (NIGC) has pitched investment opportunities valued at over $12b at the 23rd World Energy Congress in Istanbul, Turkey. • Majid Boujarzadeh, NIGC's spokesman, has said NIGC has displayed its activities in the fields of gas industry and distribution networks at the congress, IRNA reported. He said the overall value of the presented projects for investment surmount $12b and include BOT, BOO, and EPCF projects that will be financed by domestic and foreign funds. He said some of the projects pitched at the Congress are the 6th, 9th and 11th Iran Gas Trunk lines. Furthermore, gas refining, storage and distribution projects as well as CNG gas distribution and mini-LNG refineries for gas supply to remote areas are other investment packages NIGC has presented at the event. He also said NIGC's pavilion has sparked a lot of interest among the congress's participants. 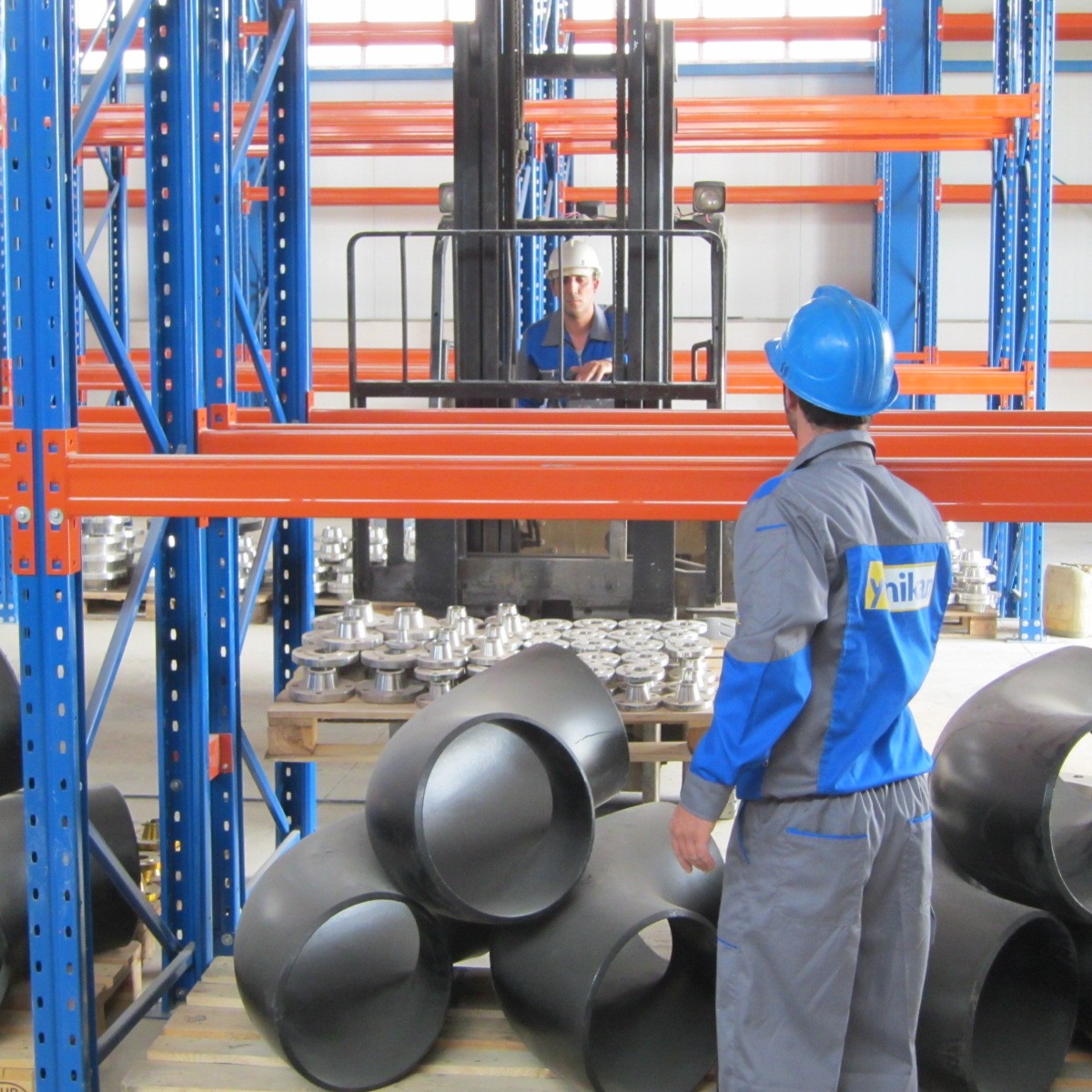